As the West African regional body celebrates 40 years in May, The Africa Report looks at integration on the ground and what the next four decade could hold. The years is 2055, and the region formerly known as West Africa is now the beating heart of greater Afro-Mediterranean trade bloc. The President of the bloc – Oheneba Nkrumah, a great – grand –daughter of the farsighted pan-Africanist Kwame Nkrumah – has just return from a meeting of the United Nations. Economically, It’s not viable to exist in individual countries. We have to profit from the synergies of begin in a bigger market. She secured a fresh deal on immigration from Europe: a quota system to allow a fair but sustainable number of European to make the crossing over from Spain into North Africa. Northern Europe is carpeted in ice following the decline of the Gulf Stream current in 2040, and millions are seeking a better life further south. Meanwhile, the emerged metropole area of Lagos-Abidjan-Accra is now a financial hub to travel Singapore. The Sahel gleams with hundreds of square kilometres of solar panels – and the worlds energy-intensive clean-tech manufacturers have gathered to take advantage, bringing jobs and tax revenue with them. That, at least, is the hope for Economic Community of West African States (ECOWAS). This hope is pinned on some solid fundamentals, principle ECOWAS treaty. There are 340 million souls dotted across the 15 member states of ECOWAS, which would make it the fourth most populous continent after China, India and the US. Its gross domestic product (GDP) of $675bn would make it the 21st richest continent on earth. Serious businesses exist, like the producers in the $10trn global cocoa industry and the companies in the Gulf of Guinea oil sector – from the new frontiers like Ghana, Liberia and Senegal to the established gas and oil giants like Nigeria. The GDP of the ECOWAS region is also on track to grow by 7.1% this year.

But today’s reality, where nation-state still reign supreme, is more than a little different from those hopes and dreams. Heading to the seme border post between Nigeria and Benin or barreling down the dusty Lagos-Badagry Expressway, the check points are numerous. Passengers sit in loaded buses that routinely stopped by customs and immigration officers, the drivers questioned and a few asked for their passports if they look foreign. “These people come from all across Nigeria, Togo and Benin”, says one okada driver referring to the traders, bike riders and smugglers. A few hundred naira or a couple of thousand CFA francs for the officers here will help you get by, even if you are not carrying goods to sell. Cargo truck drivers unprepared to pay bribes can sit several days before getting through. While the current ECOWAS chairman, President John Mahama of Ghana, has promised a border post with Togo that will be open for 24 hours per day, few people are holding their breath. Anniversaries are moments of introspection. As ECOWAS celebrate its 40th anniversary in May, what image stares back from the mirror? What must change, what fresh plans laid for the next 40th years? Looking at the competing trade blocs in Africa, such as the East African Community and the Southern African Customs Union, ECOWAS is far behind in the integration sector. The key virtue – patience – is perhaps in short supply in a region battling deadly viruses and violent Islamist terrorism. The European Union took decades to construct and will take many more to perfect – the wielding of large supranational bodies to fix problems is like choreographing a waltz of supertankers.

It is not surprising, given the dismembering of the region by Europeans at the Berlin Conference of 1884-1885 and the artificial patchwork of national administrations African leaders took over in the 1960s, that the post-colonial era has not been kind to the region.

Independence wars, coups, military rule and corruption left the peoples of ECOWAS region with gross domestic product per capita of $1,242.20 in 2012, or about $3.40 per day. The common solution proposed is strength in numbers, a diagnosis often made y business leaders like Mossadeck Bally, the chief executive of Azalai Hotels, a group based Bamako. Economically, its not viable to exist in individual countries. We have profit from the synergies of being in a bigger market. Mali is 15 million people – that’s smaller than Lagos, “he says. But the challenges to a strengthened ECOWAS are legion. Many fault lines run through West Africa: from a poorer, sparsely populated Sahel versus a richer string of cities on the coast, to horizontal bands of ethnicity rising up from the seaboard versus the national borders strong up like so many straight fences on the map.

This mirrors the region’s infrastructure, which was largely built to suit colonial resource extraction. Francois Conradie of NKC Independent Economists explains:   “Railways and roads tend to run to the sea, complicating trade between regional states.”

For the late, great Africa scholar Ali Mazrui, the region’s biggest historical divide was between Nigeria and France. This remains true today at the highest institutional level and stymies the grand ECOWAS project of a single currency – which is scheduled to launch in 2020 but still requires much foundational work.

Eight countries are in both ECOWAS and the CAF franc currency zone. They include Senegal and Cote d‘Ivoire but crucially not Nigeria.

These countries have their own regional organisation, the Union Economique et Monetaire Ouest-Africaine (UEMOA). While UEMOA overlaps with ECOWAS, it provides a much more cohesive regional framework including a central bank, shared business practices, common legal systems, a shared language and, of course, the CFA franc itself, which is guaranteed by the French central bank and is a stable, strong and non-inflationary currency.

For Gabriel Fall, the chairman of the Bourse Regionale des Valeurs Mobilieres stock exchange in Abidjan, itself a powerful integrator of the franc zone, ECOWAS does not really count in the economic sphere for CFA franc countries. “For there to be genuine integration, you need at least  two things – a significant amount of trade between countries and institutions that do more than just pay their employees. That is the case for UEMOA, “says fall.

France is unlikely to agree to the rest of ECOWAS integrating into the CFA franc zone, as that would mean taking on the liabilities of an extra 250 million people and supporting the currency of the whole of West Africa.

On the other hand, it is hard to see the incentives for UEMOA to dissolve into ECOWAS. Cote d‘lvoire would become a small fish in a big pond. Nigeria’s $522bn economy represents 77% of the region’s wealth and two-thirds of the population.

A single currency for ECOWAS would therefore be primarily based on Nigeria’s oil-driven economy, importing petro-volatility into countries that would not benefit from oil’s upside. John Ashbourne of Capital Economics says there are such disparate economic conditions between the economies that any currency union could be dangerous. The recent collapse of the Ghana cedi. For example, has helped address some imbalances.

“If Ghana had experienced its economic union as part of a currency union, then it would have had to introduce Greece-style austerity  and probably have received a bailout from its neighbours, which would have been expensive and controversial,” says Ashbourne.

Nevertheless, one of the good things achieved by Nigeria’s outgoing President Goodluck Jonathan was reconciliation with the French government – witness the Nigeria security conference in Paris in December 2014. There has also been greater contact between Abidjan and Abuja, beyond just cooperation on regional security.

ECOWAS has been busy trying to push the early building blocks of integration: from 1 January 2015, there exists a common external tariff (CET) of, at maximum, 35% for goods entering ECOWAS.

It is a first step on the road to building a larger economic union. Because ECOWAS is already a free-trade area, the CET makes it a fully fledged customs union. This will be followed in 2016 by biometric identity cards for the region that will  replace the current ECOWAS travel document that currently allows 90 days of visa-free travel around West Africa. The region has some of the highest mobility in the world, with 68% of West Africa international migrants remaining in ECOWAS.

These moves are baby step –the CET still allows countries leeway over many products, and there are question marks over how these new commitments will clash with individual country obligations in the World Trade Organisation. Big industrialists like Nigeria’s cement king Aliko Dangote will be protected by the measures, while cement imports from Morocco may suffer.

More broadly on the African continent, there is a strand of economic nationalism that borrows from development models in Asia, which favour the promotion of domestic champions and keeping trade barriers.

Without political will, there is little chance that this economic integration will happen soon.

Could there be reason to be cheerful, here, and could ECOWAS help?

ECOWAS has had more successes on the security and political front. The regional bloc’s interventions in civil wars in Sierra Leone and Liberia helped stave off total collapse in the 1990s. And though some criticize the ECOWAS intervention in Mali in 2012 as merely window dressing for French military operation, the institution did a great deal of back-room negotiation and sent in a regional force quickly.

The response to the Boko Haram militants in north-eastern Nigeria has been less coordinated, though perhaps new lessons are being learnt in the new Chad-Niger-Cameroon-Nigeria joint task force that has won some key battles along the borders against the militia.

Likewise, ECOWAS has done good work in nudging its members towards democratic paths. When Burkina Faso’s military stepped in during riots that led to the ejection of President  Blaise Compaore in October 2014, ECOWAS successfully pleaded on behalf of the new regime to avoid sanctions, and the country is now headed towards legitimate elections. Nigeria is going through a smooth democratic transition, while Niger rebuffed President Mamadou Tandja’s attempts to hold onto power in 2010.

Ghana held peaceful elections in 2012 and parties learned lesson from the Supreme Court case that followed. In Senegal, citizens drove change to elect President Macky Sall in 2012. This may translate into governments that are better connected to citizens’ concerns, and, as a result, governments that are more stable and strong.

Perhaps that is a prerequisite for the kind of handover of sovereignty involved in a closer political and economic union. To avoid this being just science fiction, ECOWAS will need to make its own case to the citizens of West Africa. The unpopularity and disconnect between the European Union and its peoples further north should serve as a warning. 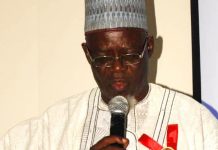 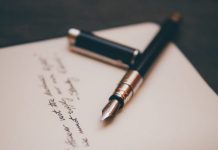 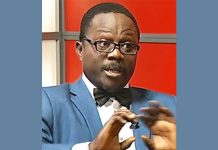 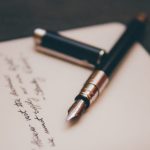 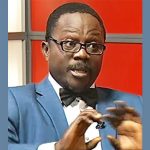