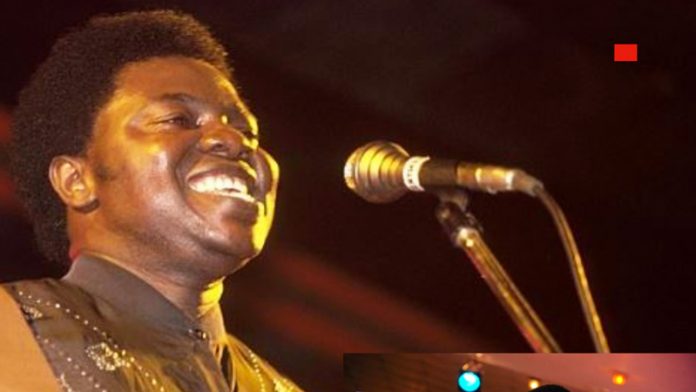 REMINISCENT OF GOOD AND BAD HISTORY AS MUSICIAN
Evangelist (Dr.) Ebenezer Obey Fabiyi turns 75, and recorded a glorious globe trotter venture into music a symbol of good Christian up-bringing which earn him as “OBEY MILIKI” series never to b forgotten in musical landmark of ACHIEVERS in contemporary music-scholar, composer, organizer in Yoruba land and diaspora.

Born April 3 1942 to Late Pa Chief Nathaniel Olaseewo Fabiyi, and Late Mama Abigail Oyindamola Fabiyi. The father came from Ifa family, who loves Ege folk music of the Egba people in Abeokuta, a lead singer of the nameless band, the voice of his father was sweet which according to Ebenezer Obey he inherited the voice from his father.

HOW DID HE CAME INTO MUSIC
My mother was in tears, agony as I played music but I became popular as a musician worldwide, having toured Europe, Africa, America, Asia, Australia all in the music industry, and if I had chosen to be a Lawyer, Doctor, I would not have travelled far so to me. “Music is my God gifted Career and if I don’t play music I will die prematurely” echoes Chief Commander Obey in his latest speech to Punch reporter.

By reminiscence Evang. Obey was a musician in his secondary school days at Idogo, and the talent to compose, arrange songs were bestowed on him by God through the Church where he was a choir a the famous Methodist Church Asero Abeokuta. He recollects how a teacher punished him for playing music in the secondary school where he was nick-named OBEY now metamorphosed into Obey-Fabiyi name which had cut across Juju and Gospel music worldwide.

HIS BIRTH A SYMBOL
Born when the mother was old, the mother could not get a child for three decades but God put smile on her mouth when he divorced the first husband and married his father, Chief Olaseewo Fabiyi. The marriage was blessed by God and the mother gave birth to a female Sunmbo now Mrs. Grace Olasunnbo Kayode later he Ebenezer meaning – hitherto as the Lord helped me, second name Olamisupo, wealth that are many and Oluwaremilekun – God wiped away my tears and to the mother who had gone in search of children for 30years was now blessed with children from God and a symbol of faith in Christ. The parents were Christian who never forget putting hope in God. The father was a carpenter while the mother cloth-seller called Mama Sunnbo Alaso.

OH MY MUM DISLIKE MY MUSICAL CAREER
Today Evangelist Chief Commander Ebenezer Obey-Fabiyi has earned himself as reputable famous musician in Nigeria. Yes the mother took him to the church to be a choir, learning how to sing and play piano, guilter to God and when the call to be a musician came, Mama Sunnbo Alaso hate his son putting hope as a musician, she said “Don’t you like to be Lawyer of Doctor? Why did you choose to be a Musician when which Yoruba people known as Alagbe- beggar”. But to Obey, he has made name, contributed to Church growth as a founder of Decross Gospel Ministry, a celebrity whose children are following his footsteps in life. Yes we have LANRE AND TOLU who play music and are happy that music will not die in their family.

THE EXPERIENCE IN MUSIC INDUSTRY
According to Evangelist Ebenezer obey, his experience in music industry is naïve, while as he releases records to music lovers, many are happy and in those days of Decca Records, musicians are faced with copy cats- pirates who will snatch your tape and quickly go to studio to produce record, but thanks to God who has made it better through Federal Govt. who profligate law against piracy, yet going to clubs daily and parties every week makes the job burdensome, no rest you must study trend, societies, social life and adapt to the situation within the music industry, if not one will fall as musician. 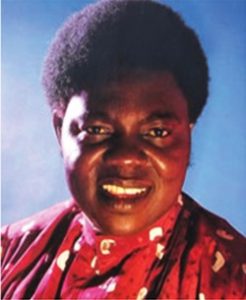 Obey recollect how he secured Miliki Spot Olonade Str. Alagomeji, Yaba in those early 60’s days as a regular place for people to come and dance, drink to his musical outfit.
He also visualized the trend those days between lovers of Juju and Highlife, remembering Late Baba Eto Adeolu Akinsanya, Late I.K. Dairo, Late Eddy Okonta, Late Bobby Benson, Sir Victor Olaiya and his brother and friend King Sunday Adeniyi Adegeye, KSA who took control of Miliki Spot when he was on Europe tours those 60 days.
Yet a remarkable one is the purported class with KSA and his record to substantiate end of verbal war when he sang- ORO IJA EMI PELU SUNNY ADE-IJAPARI will ever remained in his memories.

HIS GOSPEL OUTFIT
As fate will have it, Obey had to leave Juju music to sing gospel songs when it draw on him as God called him to start singing for His glory. At this junction, most of his boys left to form their own band e.g Monday John, Mathew Baba Legba, Arigidi, Giwa Ojo, etc but only late Captian Ogunlade stayed to play gospel musical altogether.

HE RETURNED TO JUJU MUSIC EARLY 2000
Chief Commander Ebenezer Obey quietly returned to play juju music when music lovers among Yoruba tribe warned him and KSA that “they will kill them if they refused to play juju music, and for the better side of life they both are in music up to date which could be TRANSLATED TO AS 55YEARS MUSICAL CAREER OF Chief Commander Obey turns Evangelist Ebenezer Obey Fabiyi, who through music, he has transformed many homes from sorrow to good, he would be remembered as a Doyen in music industry for life.

HIS FORMING DECROSS GOSPEL MINISTRY
The call to serve God propelled his establishing DECROSS GOSPEL MINISTRY in the 80s which had given birth to many branches in Lagos, Oyo, Ogun States and in Europe up to date. The church with Lagos Head quarters at Oyewole street Alagba Agege has added a new dimension to his career as a singer, composer, lyrics display which cannot be set aside when writing musical story about Great Yoruba Musician of Repute, moreso, when interviewed recently in Punch and City People he echoed I will die if I stop playing music” he enthused.

HIS IS WEALTHY IN MUSIC INDUSTRY
Having waxed over 105 short sleeve records and over 209 long playing and DVD video in number. Evang Dr Ebenezer Oluwaremilekun Obey Fabiyi could be ascribed, labeled as a multi millionaire, who has travelled across Europe, Africa, America, Asia and worldwide as a musician.

In summation thereof, “destiny cannot be changed” sang KSA, if Evang. Dr Ebenezer Obey-Fabiyi took to law or medical as the mother wished he may not achieved these laudable landmarks unparalleled in the annals of music industry in Africa or world as a whole. 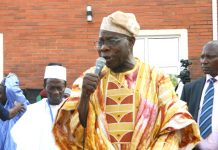 Presentation Of Staff Of Office To The Youngest Monarch In The World.