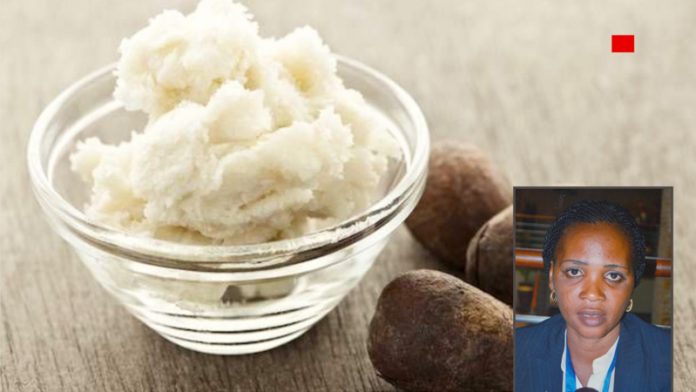 Before now, many ladies didn’t like to use Shea Butter. Although they know it has a lot of health benefits which generations before us had passed us on us, many ladies just refused to go for it. Only those who grew up with their grand mums or who grew up in a rural setting imbibed the culture of making use of this God given gift which has a lot of healing benefits. Many babes initially didn’t like it because of the smell which some say is awful. But all these views are changing as many stylish ladies who want to preserve their skin, the natural way now go for it.

And this authoritative. City people sampled a wide range of ladies and beauticians and they all spoke in favor of the need to embrace Shea Butter which had existed from time immemorial.

For those who still don’t get it, let’s quickly tell you about Shea Butter is an off white or ivory-colored fat extracted from the nut of the African Shea tree. Shea butter is a triglyceride (fat) derived mainly from stearic acid and oleic acid. It is widely used in cosmetics as a moisturizer, salve or lotion. Shea butter is edible and is used in food preparation in Africa. Occasionally, the chocolate industry uses Shea butter mixed with other oils as a substitute for cocoa butter, although the taste is noticeably different.

It is also used by soap makers, typically in small amount (5-7% of the oils in the recipe), because it has plenty of unsaponifiables, and higher amounts result in softer soaps that have less cleaning abilities. Some artisan soap makers use shea butter in amounts to 25% – with the EU regulating the maximum use around 28%, but it is rarely the case in commercially produced soap due to its high cost against oils like palm or pomace (olive). It is an excellent emollient for people who suffer dry skin conditions. No evidence shows it is a cure, but it alleviates the pain associated with tightness and itching.

MEDICINAL VALUE
Shea butter is sometimes used as a base for medicinal ointments. Some of the isolated constituents are reported to have anti-inflammatory, emollient, and has a sun blocking lotion and has a limited capacity to absorb ultra violent radiation.

In Ghana, Shea Butter, locally known as Nkuto (Akan) or nku (Ga), is applied as a lotion to protect the skin during the dry Harmattan season. In Nigeria, shea butter is used for management of sinusitis and relief of nasal congestion. It is massaged into joints and other parts of the body where pain occurs.